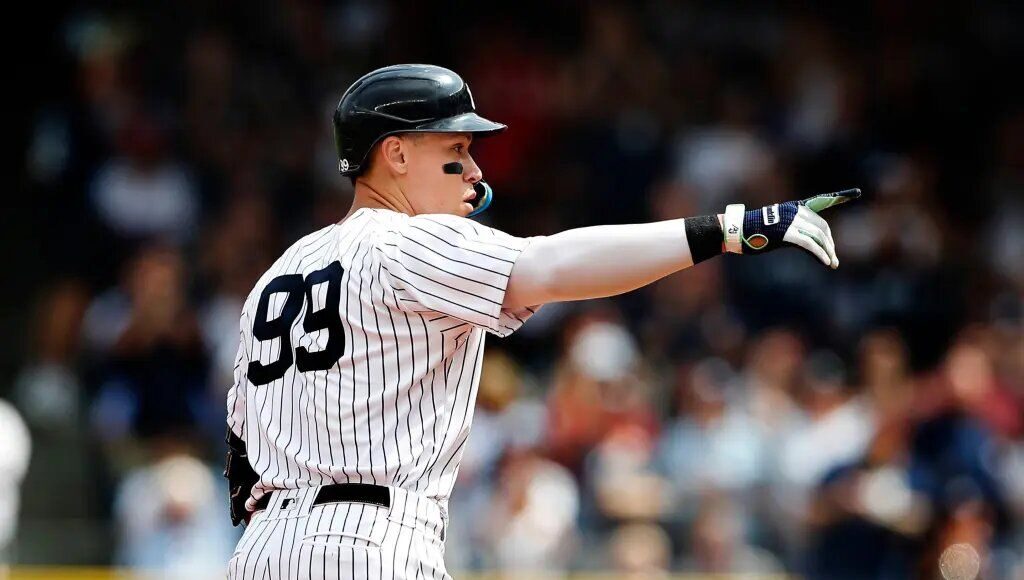 The Pursuit of a Judgian Contract: After Betting on Himself, No. 99 Expects to Get Paid

When Aaron Judge turned down 7 years, $213.5 million from the New York Yankees in April, he had no way of knowing he was going to hit 62 home runs.

He bet on himself though, because he knew what he was capable of– now that he did, he could be on track for the richest contract in baseball history.

Judge has made it clear he wants to be the highest paid player in baseball, and deservedly so. He has also made it clear he’d like to be a Yankee and the Yankees have returned mutual interest.

Owner Hal Steinbrenner recently spoke about the previous season. “I have had more than one conversation with Aaron since the season ended; very positive conversation,” Steinbrenner told the YES Network’s Meredith Marakovits. “I have made it clear to him [Judge winding up in pinstripes] is our wish. He means a lot to this organization and we’re gonna do everything we can to make that happen.”

He has been the closest player to a captain since Derek Jeter retired. The potential MVP winner posted a historic year, slugging 62 home runs, the most ever by an American League player.

A .311 batting average and 131 RBI almost helped him make the season even more historic. He finished 5 points back in the batting title race, the only category he needed to win to take home the prestigious triple crown.

In order for Judge to be the highest paid position player in baseball, he would have to get a contract that exceeds the $38.5 million per year that Anthony Rendon will receive from the Angels.

The hesitation from teams is his age. Judge is already 30 and a 10-year contract would take him until he’s 40. The Yankees have had their fair share of poorly aged contracts. The most notable was the contract of Jacoby Ellsbury. Following a good season in Boston, the Yankees gave Ellsbury a 7-year, $148 million contract. He also was going into his age 30 season at the time.

Ellsbury would go on to play the first 4 seasons of the contract before being sidelined by injury for the last 3. The Yankees bought out his contract in 2020, ending a terrible contract in which half of it was earned while he was not playing.

The Yankees would obviously love to have Judge back. Who wouldn’t? The San Francisco Giants have been very outspoken about wanting to make Judge the best offer, and claim they will not be outbid.

In the hot seat, the Yankees re-signed first baseman Anthony Rizzo on Tuesday to a 2-year, $34 million contract with the possibility of a third year. Rizzo and Judge became close the past couple of seasons, so retaining enough of the parts that work while reconstructing to address solutions to roster-spot question marks elsewhere could play pivotal in solidifying a Judge return.

After being World Series-starved for 13 years and believing Judge could carry them this year, only for him to fall flat through the Yankees’ disheartening playoff run, fans took to booing a slumping Judge in October. The “boo birds” come for everybody in New York, which Judge has noted he understands.

As the offseason revs up, these same fans are probably hoping the hometown scrutiny doesn’t cause Judge to flee to the opposite coast.

If the Yankees give him $40 million a year, staying healthy is a priority for the uniquely framed outfielder. He must prove the durability he demonstrated last year was not just a flash in the pan.

Secondly, he needs to fix his playoff performance.

As upcoming prospects continue to emerge, it’s important they be surrounded by veterans paid to perform and lead. If Judge returns, he will have to do both for 162 games and throughout October. Earning a ring will help him cement standing among the all-time Yankee greats.

The “Chase for 28” is on once more. How badly do the Yankees want it?