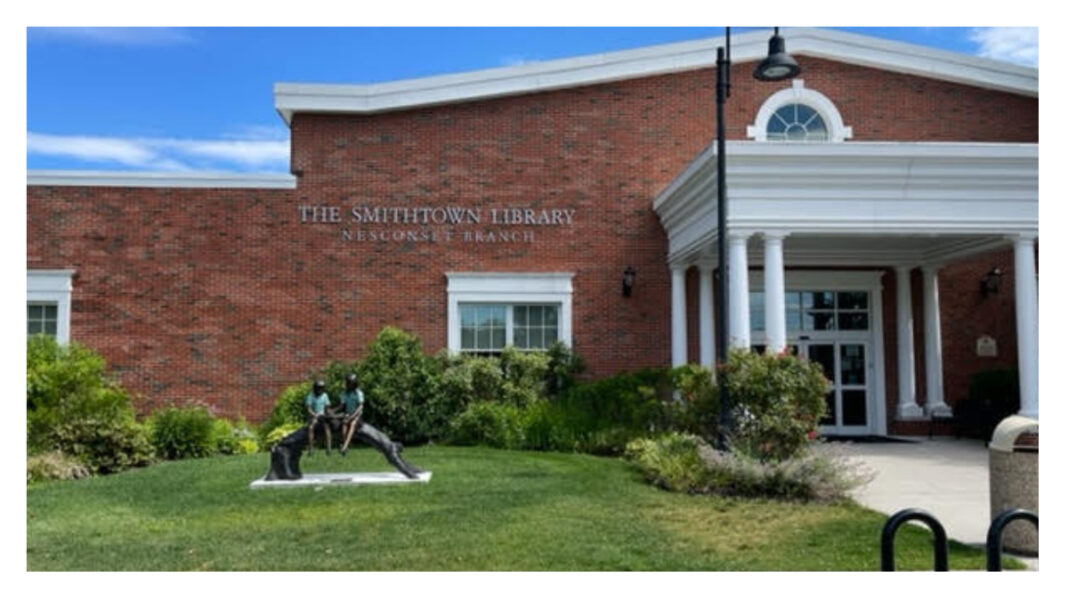 Smithtown Library’s Nesconset Branch has been under fire over the past few weeks over their LGBTQ+ display being voted out and removed from their children’s section. But like many other political issues making headlines these days, it’s not as cut and dry as it’s being reported.

The controversy began when numerous parents had filed complaints to the library and its Board of Trustees. Parents argued that the material being displayed for Pride Month was highly inappropriate for the children’s section of the library, which targets children ages 0 to 7.

Once the issue escalated and reached the board, a meeting was held with its seven elected members – President Brianna Baker-Stines, Vice President Thomas Maher, and its five trustees Anita Dowd-Neufeld, Marie Gergenti, Joseph Gregurich, Theresa C. Grisafi, and Marilyn Lo Presti present. At this meeting, the board voted to honor the concerns of countless parents and remove the pride displays ONLY found in the children’s sections of the library.

From this moment, many members of not only the Smithtown community, but also the surrounding communities, reacted in complete uproar. With the removal of the pride display came the threatening and slander of the individuals on the Board of Trustees over social media. Targeted verbal attacks including the board being called “hateful” and “prejudice bigots.” The ordeal gained notoriety so rapidly, that it reached Governor Kathy Hochul, who directed the New York State Division of Human Rights to launch an immediate investigation.

“Public places are prohibited by law from engaging in discrimination based on sexual orientation or gender identity. Everyone – and particularly our state’s young people – deserves to feel welcome at the library. For many LGBTQ+ kids, libraries are a place of refuge and information where they can be welcomed and affirmed for who they are,” said Governor Hochul in a statement listed on her website.

Due to the negative wrap the library quickly gained, the emergency meeting was called and conducted via zoom on Thursday, June 23. Here, all members made their own personal statements.

“Please know that as a volunteer trustee, I take this matter and my role very seriously. I took an oath to serve this entire community. I was unaware of the specific contents of these books, and I decided it was my duty to understand the issue and review the books on the windowsill in the children’s section,” said Trustee Marilyn Lo Presti. “One book titled Melissa, contains a transgender character who searches the internet and looks through dirty magazines. I voiced my concerns, not against the LGBTQ+ community, but if this was age appropriate for children from zero to seven years old. These books are located where nursery school is held. The fact that they are eye level or reachable to very young children, they are being directly advertised to children who may not be emotionally developed to understand the content. At no time did I express that the library should remove these books. In fact, I support that these books be accessible to parents that wish to show their children.”

Melissa contains graphic wording such as – “she immersed her body in the warm water and tried not to think about what was between her legs, but there it was, bobbing in front of her;” “George had been reading websites about transitioning since Scott taught her how to clear the web browser history on Mom’s computer;” and “what she has between her legs was nobody’s business but her and her boyfriend’s.”

“I don’t find this age appropriate,” said Gian Fasano, a 27-year-old gay educator from Port Jefferson Station who teaches at a charter school in Brooklyn. “I advocate for teaching respect and love for all without the sexually explicit content that’s being displayed in such a casual manner. There are ways that we can educate the youth that’s more cohesive about understanding diversity and respect without pushing sexual narratives. This should be up to families and parents to have open dialogue if their children have questions.”

The Facebook groups “Smithtown Moms” and “Kings Park Moms” held an intense discussion thread regarding the display in question, with graphic illustrations and verbiage from specific books highlighted.

“Not only does it contain inappropriate material, but it also encourages children to Google things and teach them that they are able to clear search history. So, it teaches them to be sneaky and hide things from their parents,” says Kate Llanos, a mother of two and Smithtown resident.

Even after the material was disclosed to the board, Thursday’s meeting still ended with the reinstating of pride month displays in the children’s section. These displays will be visible until July 15, to make up for lost time, and it will be left to the discretion of supervising librarians when to take them down.

President Brianna Baker-Stines, Vice President Thomas Maher (who previously voted “no”), Anita Dowd-Neufeld, and Joseph Gregurich all voted to reinstate the displays. The other two trustees, Marie Gergenti and Theresa C. Grisafi, held to their “no” votes, arguing the material being displayed is “not at all” age appropriate. While trustee Marilyn Lo Presti made a powerful statement, her ultimate decision was to request more time to vote.

“We assumed a role that was not ours to make. Choosing which materials to put on display is a librarian’s job. Many children’s librarians take courses in child psychology,” Baker-Stines stated. “We need to trust the staff that we hired. The fact that it was proposed was unjust. We have passionate librarians, and we are doing a disservice to them. The board should stick to matters of budget and policy.”

Since the display exists again, the book selection has changed. Books that are now on display have less sexual content, but can also contain controversial material. They, She, He, Me, Free to Be! by Maya & Matthew encourages children to create their own pronouns based on their feelings on any given day. It also encourages children to create their own pronouns such as “tree” or “new ones like ze.” Many mothers are concerned this is confusing to children, especially those ages zero to seven, and should be made available to middle school children instead.

Still, the final answer remains: the display will remain in place. The Board of Trustees has made a statement acknowledging that they rescinded their earlier decision, which they affirm was made without the time, care, and due diligence this matter deserved.

The full statement is listed on the Smithtown Library’s website.