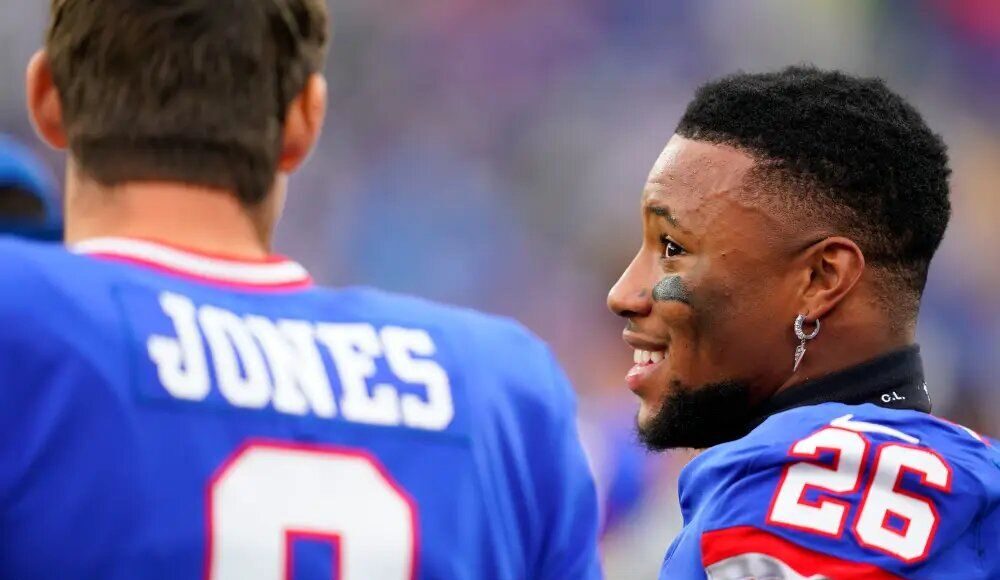 No Moves for the Giants’ New Groove: Trade Deadline Comes and Comes for Big Blue

New York Football has taken the NFL world by storm this season. Under new head coach Brian Daboll, the Giants have compiled a 6-2 record almost halfway through the season, smashing their win total from last season of 4-13.

Daboll has really gotten the most out of his players. A defense with a lot of question marks has stepped up nicely, giving up the 7th fewest points in the NFL.

On the offensive side of the ball, quarterback Daniel Jones and running back Saquon Barkley have become a major problem for opposing defenses. The Giants run the ball incredibly with both Jones and Barkley, attributing to much of their success.

Where the Giants have struggled: the pass game. They lost just their second game this past Sunday to the Seattle Seahawks. Scoring one touchdown on a run by Barkley and getting just 78 yards on the ground from Barkley and Jones combined, the Giants tried to go to the air.

176 passing yards isn’t bad, but when they were as limited offensively as they were, this number looms larger. Jones’ favorite target was Darius Slayton, a solid 2 or 3-receiver in the league. He connected 5 times with Slayton for 66 yards. Receiver is where the Giants lack and with the trade deadline approaching after their loss in Seattle, surely general manager Joe Schoen would welcome an addition, right?

In the busiest NFL trade deadline in history, the Giants stood firm with their team not going after any receivers. They instead dealt problematic former first round pick Kadarius Toney to the Kansas City Chiefs for a third and sixth round pick in the upcoming draft.

In an interview with The New York Post, Schoen said he didn’t want to sell away the future of the franchise for a team that is overachieving. “There were a couple of players it just wasn’t going to work out, financially we couldn’t do it and the team wasn’t gonna buy down the money and if they did, they wanted a higher pick,’’ Schoen said.

The potential targets for the Giants seemed to be DJ Moore of the Carolina Panthers and Jerry Jeudy of the Denver Broncos. Both players stayed in their respective uniforms after the deadline Tuesday.

Overachieving or not, the Giants have a solid team this year and have not made the playoffs in 6 years. When you have a team that has a chance, you have to go for it. Barkley is finally back to form after tearing his ACL 2 years ago and is in the last year of his contract. The Giants may choose to ride him all the way and then go in another direction after this season if they believe he took too much wear and tear this year.

Some of their next opponents – Philadelphia, Minnesota and San Francisco — all made trades at some point before the deadline to get better. Dallas got back quarterback Dak Prescott, who promptly led a 49-point offensive onslaught in his return.

Now, all of a sudden, the Giants seem to find themselves maybe not as sure as they once were. Nevertheless, it’s not every year you have a Super Bowl opportunity.

On top of Barkley being a free agent, Jones will also hit the open market this year. It is yet to be determined if he will be the answer moving forward, but he definitely could have used another receiver to showcase a strong enough indication of indispensability.