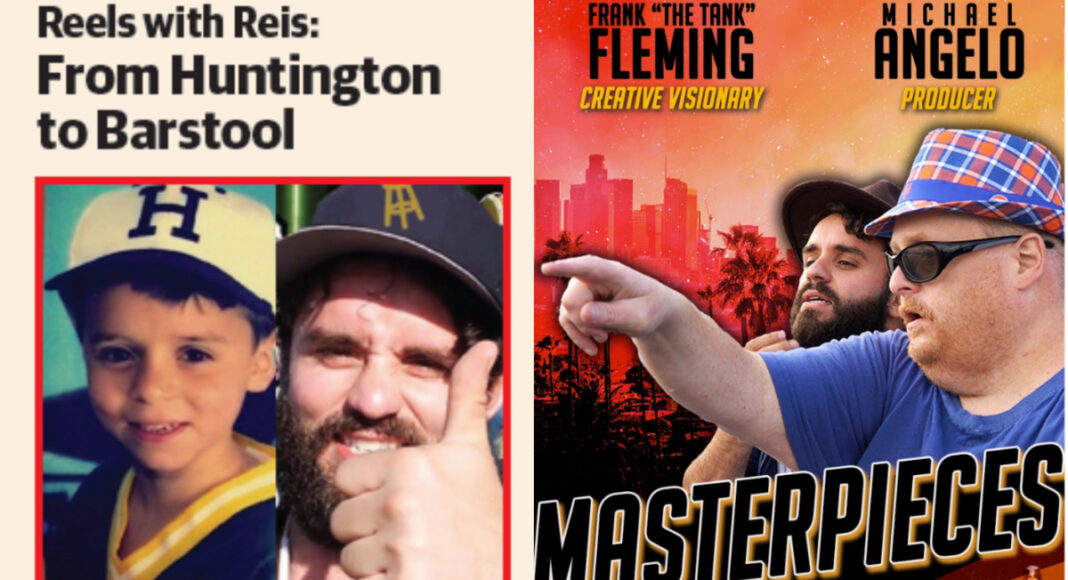 “If I’m ever lucky enough to really get to make movies, yes, I would definitely like to wedge myself into them. Like M. Night Shyamalan does – or, a better example, like Scorsese does. Yeah, I’d put myself in a small, weird, eccentric part. And my dad too. Maybe we’re crazy Italian breadmakers that the main character walks into… or something.”

This wouldn’t be the first character Michael Angelo, 31, of Cold Spring Harbor, has played, though. Not by a long shot. “He started making movies in stop-action with Lego pieces and sets. His first “feature” was the immigration movie. I suppose he was about 8,” said David Angelo, Michael’s father. “He played most of the parts from the Italian immigrant to the Ellis Island officer changing his name. It was very funny. He had the costumes to match the time of course, with his big mustache and hat.”

The undisputed shenanigan-stirrer on every sports team, from his elite amateur 17u 2008 NABF World Series-winning Long Island Tigers baseball club to the lightweight varsity football squad at Cornell University, always knew he’d one day take his talents from the sports bench back to the camera frame.

For unique, multifaceted comedians scheming their way up the chain in the digital age, their most coveted hot seat has always been an exponentially more airborne barstool.

Angelo rose through the standup and sketch comedy scene for 10 years before gaining the chance to break in with the same company he first fell in love with somewhere between high school and college. He joined Barstool Sports as a video editor just prior to the global shutdown in February of 2020, and experienced “pretty chaotic” moments out the gate. Whether it was someone pointing out his “ridiculous name” in the Twitter replies, or “El Presidente” himself, Barstool founder Dave Portnoy, whom Angelo produced for the first 45 episodes of The Dave Portnoy Show podcast, ripping into him for smalltalking about the weather.

“It is humbling. And It’s definitely motivating,” Angelo told The Messenger while singling out core Barstool personalities like Portnoy and Dan “Big Cat” Katz. The famous pair went from inspirations of Angelo’s to work supervisors he reveres even more so now. “I am so motivated by their commitment. I respect them coming at what they do at all angles, living and breathing it, and constantly improving it.”

On the company as a whole, Angelo similarly laments: “As a fan, you kind of only see what’s put out there and the end-product. But then living and working and being alongside them during work hours, and in the office, you really do see all of the work that goes into it. And just the immensity of what it takes to be someone who is constantly putting yourself out there with content and reinventing the ways you make people laugh. It’s a 24/7 job.”

Working with Portnoy, who Angelo notes “only messes with people he likes… [hopefully],” “toughened his skin,” as it prepared him to be bold enough to ask for permission to take his next step forward.

Angelo built his early buzz on character work as a “free agent” performer before Barstool tabbed him for technical duties. During this time, he often donned cheesy wigs and occasionally cross-dressed in the vein of Comedy Central’s underrated cult classic, The Kroll Show (2013-2015). He did so to draw bellyaching laughter and, as was always the Michael Angelo endgame, to hit more than he missed.

After making the tough decision to leave the podcast that Portnoy publicly agreed was limiting Angelo’s ability to show off his Steven Spielberg-loving “fancy director” camera angles, Angelo plunged into a not-so-little project with big potential that could kill two bucket list stones:

1) Allow him to just as easily play himself as he could escape into a cavalcade of his zaniest characters, and

The journey from professional grinder with relatively no skin in the game to a now-senior producer at Barstool with free rein to creatively run wild began with the profound impact one Spielberg movie in particular left on Angelo as a child.

“Our family was on a boat trip,” Angelo reflected. “I was only 6. They showed me Jaws. I’m still scared of swimming in a pool by myself. That movie changed how I lived day by day, just always scared of a shark. And that awoke the idea that someone made this. Stephen Spielberg created it this way, to make people feel this way… maybe I could one day try to do that with laughter, and feeling good.”

Fast-forward a quarter of a century later: to live and operate under the umbrella of a self-declared, provenly Moon-bound “rocket ship” of media content is the dream. And Michael Angelo is living it. In keeping with his greater moviemaking aspirations, he adamantly resists the notion that attention spans have sputtered to the point where feature films can’t be the next arena Barstool infiltrates.

But first: a season’s worth of short film episodes to both empathically toss his hat into the ring as the man for the job, and to lend a cinematic platform to “Frank the Tank,” a beloved Barstool talent who Angelo calls “a sweetheart of a person” worthy of the autobiographical spotlight. In the process, Angelo and his ragtag band on the run from the mob pledge to let the self-referential train fly positively off its meta rails.

By all calculations, and amid shamelessly lifting from gangster epics like GoodFellas and 40s detective noirs, Angelo and Co. are also tapping into Inception and Charlie Kaufman-evoking levels of layer-peeling. This brand of good-old-fashioned “wink to the camera” wackiness will have Wayne’s World and Community poised for comparative company, and Barstool proving once more they are much more than a sports gambling gauntlet and glorified T-Shirt store.

“What’s great about Barstool is it’s this experimental playground – I just can’t see a place [other than Barstool] that would have allowed the tone of Masterpieces.” Michael Angelo said. ”We’re on the verge of winning an Oscar, very self-congratulating and over the top. Barstool’s relatability cuts through the relatability and irreverence, it cuts through things—I don’t even know if that’s a phrase.”

If all goes according to plan, they’ll flow through a loud, proud, and creatively endowed Huntingtonian forever condemned to play third fiddle to a sculptor and a ninja turtle.

Michael’s father adds, “As I told my ‘Mikey Boy,’ and I quote, ‘you can make fun of me all you want if it advances your career!’ Now, we wait for the fame and fortune. I hope that happens because he promised me a Lake Tahoe ski house or a Porsche 911 and a trip to the Oscars so I can embarrass him trying to meet all the celebrities!”

“Michael Angelo is a talented upcoming filmmaker and I’ll be throwing money hand over fist at any project.” – Teddy Stephen, Childhood friend of Michael Angelo

“Michael Angelo took his filmmaking to a whole new level with this one [‘Masterpieces’].” – Derek Gussaroff, childhood friend who made Harry Potter and The Matrix remakes with Michael Angelo

“Michael made a video when he was a senior in high school that was literally the idea of Uber, before Uber. It was one of the many iconic films of Michael’s past.” – Stephanie, Michael’s sister

“The people demand resources! The people demand Dave give Mike and crew the financial resources to make this masterpiece! If Barstool really wants to take the next step forward they’ll do the right thing.” – Alex Roth, Michael Angelo’s former roommate of 5 years whom he “met randomly on Craigslist”

“When I met Michael, it was one of the easiest friendships I’ve ever experienced. Anyone who knows him would understand how contagious he is. Our goal is to work together to create the first movie by Barstool Studios. I feel very confident in our future as filmmakers.” – Corey Smutledge, Senior Director at Barstool Sports 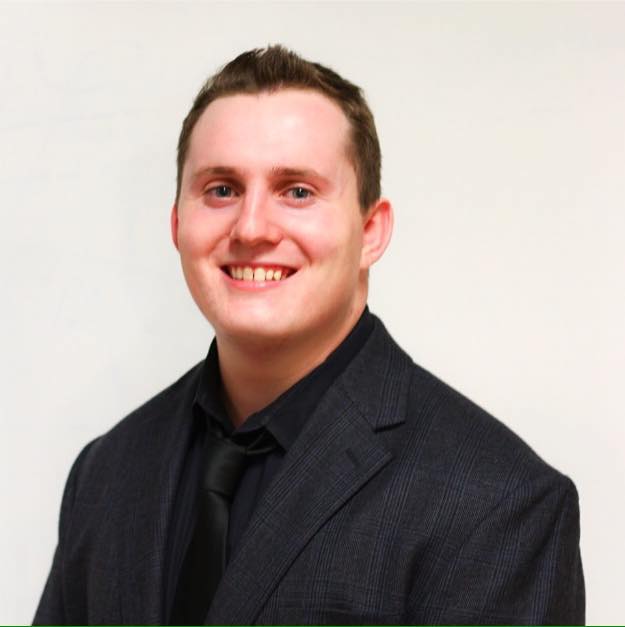