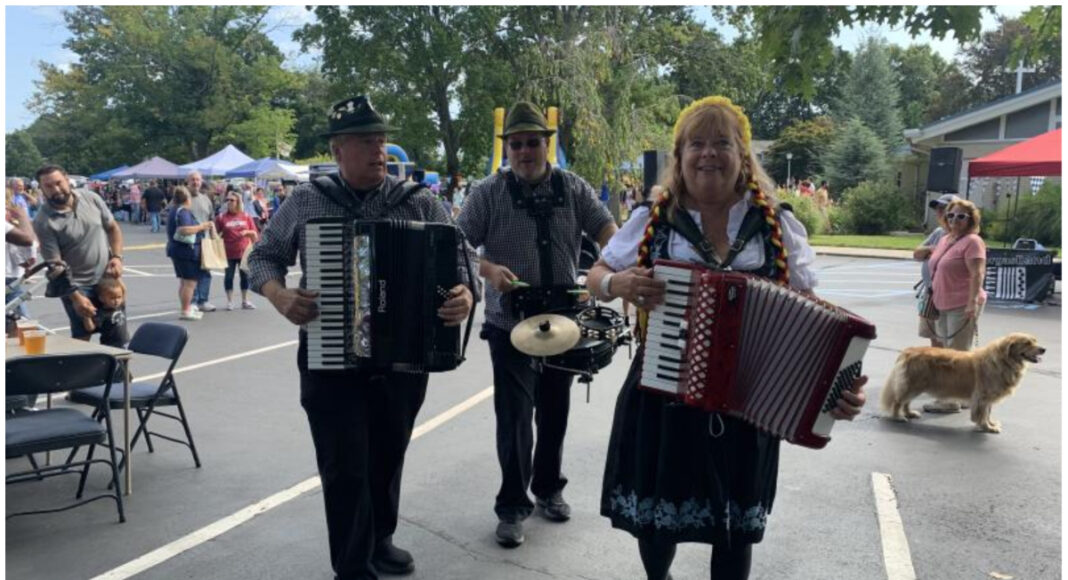 The fifth German Festival held at St. Andrew’s Lutheran Church for the Church’s benefit appeared to go off without a hitch on Saturday, September 17.

After a two-year hiatus due to COVID-19, the festival returned with an appetite. Well over a thousand participants could be seen enjoying the fairgrounds. One organizer, Joe Koestecki, a Church member at St. Andrew’s, noted they had lost some of the momentum from their first seven fairs. The loss of momentum was likely unnoticeable to a first-time fair goer, greeted by the pageantry of old-world German music, wares, and food.

“It makes us so happy to see everyone out here again enjoying themselves,” said Pastor Susan Shelhart, of St. Andrew’s remaking on the event.

A trio of traditional German musicians circulated through the fairgrounds, playing many favorites much appreciated by the welcoming crowd. Many even knew the responses and choruses to the traditional songs, raising their beer steins and cups for a particularly rousing chorus.

Kostecki noted that while the event might not be particularly profitable for the church, it seems to solicit a lot of community involvement.

One issue in the fair planning, according to Kostecki, was convincing food vendors to take a chance on the fair after its pandemic pause. Viewing the lines for the several food stalls selling bratwurst, pretzels and more, there certainly appeared to be enough patrons to justify more food vendors.

A few fairgoers also used the opportunity to breakout lederhosen, such as Bill Gries (pictured right) who also sported a Tyrolean hat (also known as an Alpine or Bavarian hat).

The 2000 Census estimates the German population of Smithtown at 18.7%.